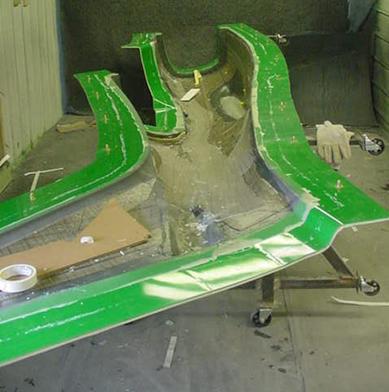 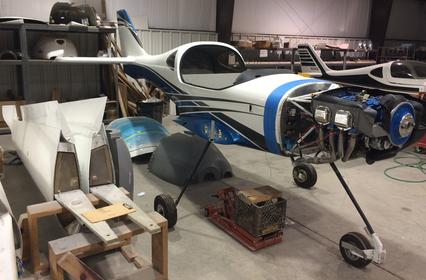 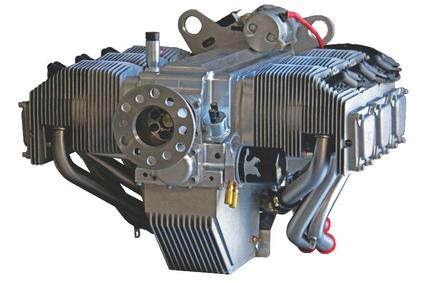 Prototype Fuse half being laminated 2005

Exclusive Distributor in the US for Jabiru 2018

Arion Aircraft, LLC was founded in 2004 to produce and market a kit plane designed by Nick Otterback, Pete Krotje and Ben Krotje. The trio started putting together design elements of the Lightning at their hangar in Neenah, WI. All three felt there was a need in the market for a good looking, sweet handling, moderately priced kit aircraft, with a reasonable build time. They spent a great deal of time picking out design concepts of other aircraft that looked well engineered and adapted those ideas into the Lightning design.

After a year of initial design and development, contractors were sought to start building the first Lightning parts. Custom Fiberglass Molding in Wisconsin was contracted, and is still responsible for the manufacture of all fiberglass components. Specialty Welding Enterprises, also in Wisconsin, fabricates all of the pre-welded and machined components of the kit. The rest of the parts were sourced through standard aircraft supply companies. The first part to be realized was the wing structure in mid-2005. After extensive load testing, a set of production wings were fitted to a similar kit aircraft called the Esqual. This Esqual, nicknamed “Frankensqual” because of its parted together heritage, took flight during the summer of 2005 to test the wing profile. By the end of 2005, most of the other components for the prototype aircraft started to come out of load testing, and assembly started.

On March 3, 2006, roughly 2 years after being conceived in a hanger, the first prototype N233AL took to the air. Flight testing went well. Flutter tests were performed above 270 mph TAS, and a run in with a turkey buzzard resulted in glide tests. These are just some of the highlights. Arion Aircraft, LLC and the Lightning made their debut at Sun N’ Fun 2006. Since its debut in 2006, the Lightning has been well received into the sport aviation community. A total of 170 kits have been delivered to seven different countries with over 120 aircraft finished and flown.

In the fall of 2008, Arion Aircraft began the testing and documentation process for Light Sport Aircraft certification of the Lightning. The test program was designed to test, not just to the minimum limits required for S-LSA, but to test well beyond those limits. Testing was completed in early spring 2009, and the Lightning LS-1 S-LSA Aircraft was ready for certification. After two required inspections, the Lightning LS-1 was granted a Special Light Sport Aircraft airworthiness certificate on April 15, 2009. In mid 2011, several years into the S-LSA movement, the FAA announced to the Light Sport industry that audits were going to be performed, on-site, by top FAA officials. These audits would cover everything from design data, manufacturing, quality control, continued airworthiness, and safety monitoring. Arion Aircraft volunteered to be audited and the FAA performed an on-site visit for three full days in April, 2012. A successful audit was completed and Arion Aircraft continues to produce the industry's only High Performance S-LSA, the LS-1.

Development began at the end of 2011 on the MK2 horizontal tail. Designed to match the needs of our customer base and changing certification requirements, the tail was designed to give better handling and stability throughout the flight envelope. The first tail was flight tested in April of 2012 with outstanding results. Shortly after Sun N Fun, Kitplanes magazine came to Shelbyville, TN to fly the aircraft. A glowing report was written with a cover story to follow in September of 2012. Since then all kits and LS-1 aircraft come standard with the MK2 tail. Tail kits are also available for retro fit to the existing fleet.

In 2013 we started looking to go further and faster with the Lightning design and by 2014 had introduced the XS. The airframe was redesigned to increase gross weight to 1650 (standard Category) and up to 200hp with the right engine. New firewall forward packages have been developed for the Lycoming types of 115-165hp, the ULpower line of engines ranging from 130-200hp. Our 2014 demo is equipped with a Superior 160hp engine.

New for 2017 was the introduction of the Titan XIO340 in our XS kits. This engine is special as it provides 180hp at a scant 260lbs! This give the builder ample room for Constant speed props in a very familiar package. we have assisted in the build of a XS/ Titan combo. Wow near 170knts with CS prop. We liked it so much that our new demo N34XS is equipped the same way. Thats a hint, N320XS is looking for a new forever home!!

2018 brought on new adventures for Arion Aircraft. As of February 1st we took over all Service and Maintenance for the Jabiru Engines and Aircraft. Major overhauls, top-ends, upgrades, and we are very proud to provide those services.

As of April 2nd 2018 we are very excited and proud to announce that we have become the Exclusive distributor for the Jabiru Line of Engines, parts, and firewall forward kits in the United States.